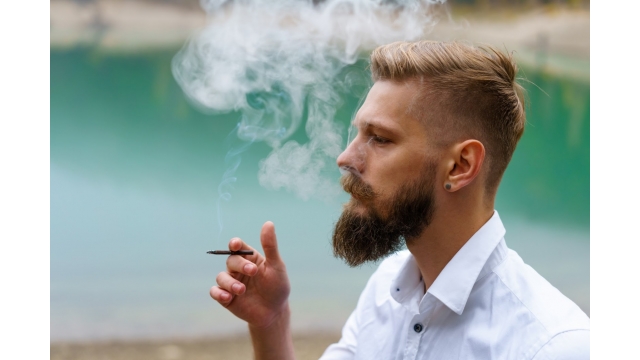 According to a recent Gallup poll, regular cannabis use in the US has surpassed regular cigarette consumption for the first time in history. The use of marijuana has significantly increased over the last fifty years and is now at its highest level ever recorded by Gallup. In recent decades, cigarette smoking has declined among Americans, with only 11% of respondents saying they were smokers. Recreational marijuana is now legal in one form or another in 38 states, which may contribute to its growing popularity. And the number of cannabis users will likely continue to rise as more states legalize the drug. CBD is also becoming a popular option among smokers, with hemp cigarettes offering cigarette smokers an alternative option without the dangerous or addictive impact of tobacco or nicotine. Growing interest in marijuana, as well as hemp and CBD products among Americans, bodes well for companies like Hempshire Group, Hempacco Co., Inc., TAAT Global Alternatives Inc., 22nd Century Group, Inc. and Cronos Group.

Hempshire Group is dedicated to sourcing the finest CBD-rich organic hemp and other organic ingredients, such as mullein and white sage, to create CBD hemp smokes that deliver all the pleasurable rituals of smoking, without the addictive and dangerous effects of tobacco and nicotine.

On September 7, Hempshire Group received approval to legally import and distribute its products into the European Union (EU) after receiving notice from the Federal Public Health Food Safety and Environment Service of Belgium that its MOUNTAIN(R) Smokes conform with European Union Common Entry Gate (EU-CEG) regulations. The Belgium authorization allows Hempshire to pursue commercialization and sales across the EU – the largest single market’ in the world – provided it meets individual member nations’ specific ‘local’ regulations, such as packaging in the local language and inclusion of any locally-required warning labels.

Last month, Hempshire Group provided an overview of the company and its strategic initiatives to support growth in 2022 and 2023.

Hempshire’s Hemp Smokes, marketed under the brand MOUNTAIN(R) Smokes, are made with only organic full-grain hemp, organic mullein, and organic sage and don’t contain any tobacco, nicotine, fillers, preservatives, or additional chemicals.

Three global addressable markets–tobacco, e-cigarettes and vapes, and cannabis/CBD–with a combined annualized spend of more than US$850 billion are the focus of Hempshire’s strategic goals.

Hempshire believes it has built the framework and infrastructure required to pursue its long-term goal of dominating the market for nicotine- and tobacco-free smoking alternatives on a worldwide scale.

“In my more than 35 years creating strategy and directing marketing programs for some of the biggest brands in the world, I’ve only seen a handful that were truly category disruptive and backed by a fundamentally superior product that has the potential to de-position a multi-billion-dollar industry. MOUNTAIN(R) Smokes has the ability to achieve competitive commercial dominance and simultaneously create a happier and healthier world,” said Martin Marion, Hempshire’s President and CEO. “This combination enables us to scale significantly by outsmarting and de-positioning our competitors, not out-spending them.”

For Hempshire, the three months that ended on June 30, 2022, were revolutionary. Hoist Capital Corp. and Hempshire Group combined during the quarter. The company resulting from Hoist and Hempshire US merger is positioned to be a market leader in tobacco-free and nicotine-free alternative smoking products. It continues the business formerly carried out by Hempshire US.

Recent News From Companies in the Smokable Alternatives Space

On September 1, Hempacco Co., Inc., a vertically integrated hemp manufacturing company, announced the completion of its initial public offering (IPO) of 1,000,000 common shares for $6.00 per share to the public for aggregate gross proceeds of $6 million. Hempacco listed its common stock on the Nasdaq Capital Market, effective August 30, 2022, under the symbol “HPCO”. Hempacco, which owns The Real Stuff hemp cigarette and rolling paper brand, plans to disrupt the nearly $1 trillion tobacco industry with herb and hemp-based alternatives

TAAT Global Alternatives Inc. announced that it has received its third order from its UK distributor, Green Global Earth (GGE). This order will be the second shipment to the UK containing Beyond Tobacco(TM) Version III advanced formulation, the nicotine-free and tobacco-free base material of TAAT. This will also be the first UK shipment containing the menthol-flavored version of TAAT, which will be sold in the UK as TAAT Green. This shipment will be delivered by the company sometime in September 2022. Through its retail distribution network and consumer interaction platforms, GGE will assist TAAT in its mission to inform and test adult smokers.

22nd Century Group, Inc., a leading agricultural biotechnology company focused on improving health with reduced-nicotine tobacco and hemp/cannabis, announced its second quarter 2022 results on August 9. The company included business highlights from Q2, including the acquisition of GVB Biopharma, a leading hemp/cannabis extraction and white label CDMO. According to 22nd Century Group, the transaction is expected to double its total revenue and provide consumers with hemp/cannabis products that have the highest levels of quality, reliability, stability, and consistency.

Innovative global cannabinoid company Cronos Group also just announced its second quarter financials, with consolidated net revenue increasing 48% year-over-year (YoY) to $23.1 million. According to Cronos’ chairman, president and CEO Mike Gorenstein, the company is remaining focused on product development and long-term focused innovation and has continued to expand its cannabinoid product portfolio with the recent launch of a CBN vape and gummy in select markets in Canada.

In the US, regulatory pressure on the conventional tobacco and nicotine industries is on the rise. Hempshire Group believes that, although it expects stricter regulations to take time, the non-tobacco and nicotine-free smoking alternatives category, and Hempshire’s MOUNTAIN(R) Smokes, as a result, will benefit from these regulatory developments.